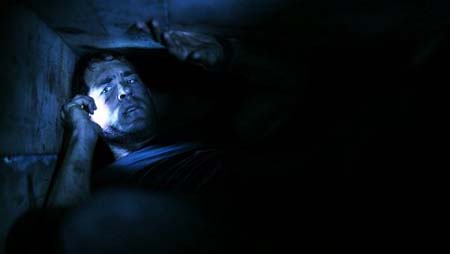 Paul Conroy is a civilian contractor working in Iraq. After being attacked and kidnapped, he finds himself buried alive in a coffin somewhere in the desert. His captor left a bunch of items with him, among them a cell phone. He calls him and requests $5 million to let him go. Paul now needs to arrange his own rescue by making phone calls before he runs out of air.

With this simple premise, director Rodrigo Cortés created an intelligent and claustrophobic thriller set entirely inside the wooden coffin.

Buried is currently streaming on Netflix. Watch it now, before it disappears!